Please ensure Javascript is enabled for purposes of website accessibility
608-792-8841
A non-profit organization established in 1994.

We develop projects that beautify, protect and keep YOUR Downtown La Crosse an inviting destination for local commerce and tourism.

The vision of the Foundation is to make the central business district of La Crosse the most attractive and cleanest in the U.S. This will be accomplished through the implementation of a comprehensive beautification program. 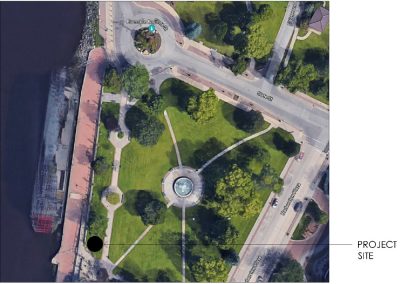 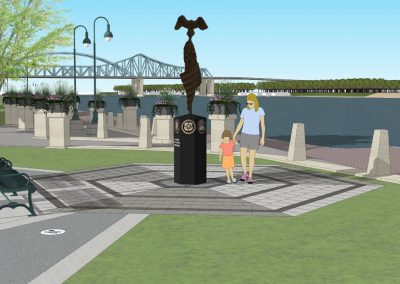 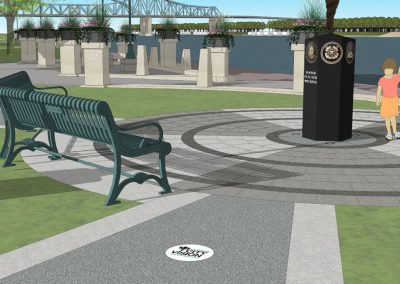 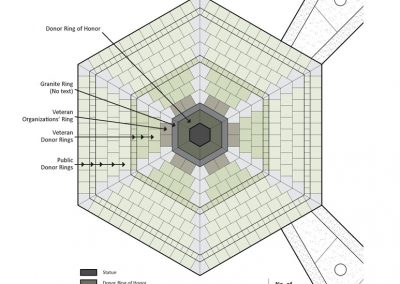 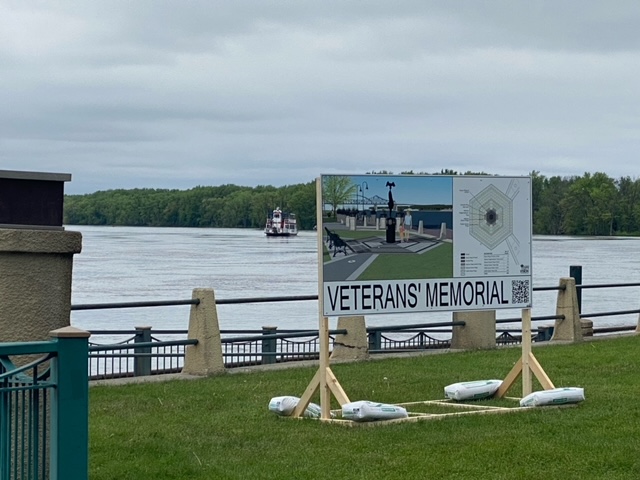 Installation and dedication will be held in the Spring of 2023.
Date to be announced soon!

La Crosse City Vision Foundation‘s newest project will be a bronze statue of an American flag and the bald eagle sculpture to be placed in Riverside Park, La Crosse, Wisconsin.

This sculpture is to honor our US military. Our US military has six branches: the Army, Navy, Air Force, Marines, Space Force and Coast Guard.

The six emblems of those branches of service will be placed around our bronze flag.

Thank you to our Veterans Memorial Statue, Ring of Honor, Sponsors.

The bronze statue of the American flag represents the original 13 Colonies with its stripes and the stars represent the 50 states of the Union.

The bald eagle has been the national bird of the United States since 1782. The bald eagle with its outspread wings is the Great Seal of our country. The fierce beauty and proud independence of this great bird aptly symbolizes the strength and freedom of America.

Our Veterans represent the freedom, dignity, and true meaning of being an American. To honor our Veterans, La Crosse City Vision Foundation will place this bronze statue with granite bricks to stand in Riverside Park for years to come.

The Weber Group – Our mantra, “Leave this place better than we found it“, helps us stay true to who we want to be—every day.

At Optum Serve, we provide the necessary health services for U.S. Military personnel, their beneficiaries and Veterans.

Pischke Motors – We are inspired to serve by our Veteran employees, customers and community and honor their service.

Kwik Trip – To serve our customers and community more effectively than anyone else by treating our customers, co-workers and suppliers as we, personally, would like to be treated and to make a difference in someone’s life.

Bricks are now available for purchase.

Bricks show your support of the new Veterans Memorial Statue project and can be purchased for recognition of individuals. families or businesses.

Our mission is to help create a unique heritage.

A stately clock on Second Street, connecting with the community from all four directions.

A bronze statue that wistfully captures a wonderful moment of children waving to those arriving by riverboat.

And each surrounded by an attractive brick plaza proudly proclaiming the names and memories of local citizens.

Timeless projects such as these — points of interest that bring people together to share memories — is what the Foundation offers in its downtown projects.

People want a reason to remember where they have been, whether for a lifetime or for a few passing moments.

It is the mission of the Foundation to help create such memories, and it is our great pleasure to invite you to participate with us.

Please consider helping us create a unique and special heritage for the city of La Crosse and the Coulee Region. A gift to the Foundation — now or as a part of a planned gift in your estate — will make a difference for generations to come. 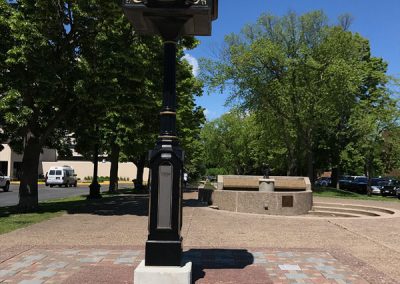 “A Gift of Time” Clock Project 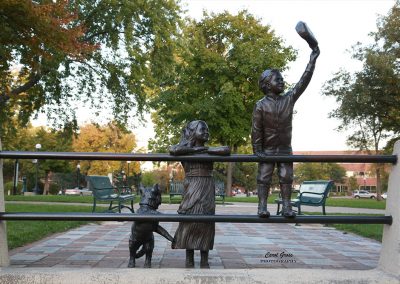 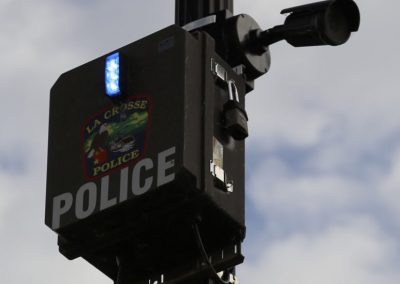